Mediterranean
3rd – 12th September 2009, Skopje
The Bjcem Association is an international network, born in Sarajevo in July 2001 to institutionalize the cooperation among the different institutions and associations operating in the cultural and artistic field in the Mediterranean area, that aims to promote young artists creativity, encourage international exchanges and support the development of pacific relations beyond the
existing political and cultural borders through the Biennial of Young Artists from Europe and the Mediterranean.
The history of the event started in 1985 in Barcelona, and now we are planning the realisation of the XIV edition of the Biennial that will be organized in Skopje (R. of Macedonia), from the 3rd to the 12th September 2009,in collaboration with the AMMS – Association for International Youth Cooperation, the Ministry of Culture of the Republic of Macedonia and the City of Skopje.
The Biennial is a multidisciplinary manifestation that proposes creations of seven different artistic disciplines: visual arts (Plastic Arts, Photography, Installations, Art Performances, Video Art, Comics, Cyber Art), applied arts (Architecture, Visual/Industrial/Web Design, Fashion, Digital Creation), show (Theatre, Dance, Urban performances), music (Rock, Pop, Jazz, Folk/Etno, Contemporary, Digital), images on the move (cinema, video, animated cinema), literature (writing, poetry) and gastronomy. The event lasts for 10 days, during which exhibitions, concerts, dance shows, theatre pieces, gastronomy performances urban acts and literary readings follow one another; while the exhibitions of visual and applied artworks (almost 1000) will remain
exposed until the 15th October 2009.
For the Biennial in Skopje we are expecting around: 230 visual art productions with more than 1000 artworks, 36 shows, 31 music productions, 33 images on the move productions, 27 literature production and 8 gastronomy productions.

It represents the most important Mediterranean showcase of young artistic flair and a cultural happening that favours the artists’ access to the international market through the creation of spaces for meeting, exchange,reflection and training about the contemporary artistic reality.
Through the participation in the Biennial the artists could have the chance to find new confidence in themselves as professionals, benefiting of presenting their works in an international context and in a wide range of productions of other young artists living in Europe and the Mediterranean.
At the same time, the Bjcem invests in young people as builders of social culture and as the protagonists of the next generation of international life.
For the Biennial in Skopje will be selected 708 artists aged from 18 to 30, coming form 43 Euro-Mediterranean countries. The selections will be managed by specific local juries composed by
curators, contemporary art critics, well known artists and cultural operators in order to guarantee and high professional level and quality. After the selections each jury will fill in a specific report attesting the results of the selecting process in which they will insert their cv, the motivation of their choices and the name of the selected artists to guarantee a transparent process. In the last edition of the event, Puglia 2008, almost 30,000 young people applied to the Call for Participants, 713 artists were selected and 522 were the jurors involved.
For the first time, a special jury comprised of members of Res Artis, the worldwide network of art residencies, will attend the BJCEM Biennial and will choose 9 of the best productions. The winners will be awarded residencies that have been donated by the selecting jurors.
The XIV Biennale, Skopje 2009, will be the most important youth cultural event of the next year in the Euro Mediterranean basin. The Biennial will be hosted for the second time in the former Yugoslavian area, after the X Edition, Sarajevo 2001: the Bjcem accepted to realise the Biennial in this region, after the edition of Sarajevo in 2001, to offer a chance of approaching and comparison both with the European Union and with the South Shore countries. In particular, the UE has stated an important political process that sees the engagement of Croatia, R. of Macedonia, Bosnia and Herzegovina, Montenegro, Kosovo, Serbia and Albania in an intense dialogue that should bring, with different times and modalities, to the adhesion.
Besides, the R. of Macedonia is a multiethnic territory par excellence, since it is a crossroads and a place of meeting of different peoples, where different ethnic groups, religions and cultures live together, in a system that guarantees dialogue and opportunities to all the citizens.
Starting from the peculiarities of this territory and of the city of Skopje, it has been chosen for the XIV edition the theme “Seven Gates”, connected to the ancient legend of the city.
The gate is an association of a free entrance and always ongoing circulation: a spot from where the different cultural creativity from everywhere can enter and can be mixed with the cultural heritage inside, and a spot from where the authentically cultural potential can come out and be shared. The Gate offers an open space for creative expression and transnational exchange,
while seven spots lead to one place where the seven artistic disciplines can be
linked one to each other.
The peculiarity of the Biennial Skopje 2009 is that it will take place in different locations in the centre of the city, animating different venues, each one very close to the other. The public will be able also to “meet” the Biennial simply by walking on the main streets of Skopje and crossing its squares, because during the ten days of the event will be organised urban acts performances, or they will have the opportunity to listen to the Biennale music going out for the evening since we have scheduled a first concert in the main stage and repetitions in the city’s clubs.
Therefore, extemporary and improvised collaborations among musicians and artists will be encouraged. Also the gastronomy discipline will be easily enjoyable, because the cooks’ performances will be realised in one or two important restaurants of Skopje giving the public the chance to taste the created dishes. The audience will be able to visit the exhibitions and to attend
all the performances for free.
The aim of our project is to permit to the participants artists and the public to live the Biennial, to feel his spirit and enjoy it in the best possible way.
The foreseen audience for Skopje 2009 will be around 250.000 including the general public, professional cultural operators, foundations, curators, gallery workers and artists, people active in the fields of arts and culture, professors and students from universities, connected to the arts and culture studies, as well as with the social studies, policy makers, the business
community and media representatives. 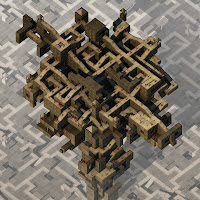 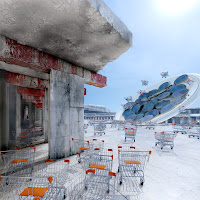 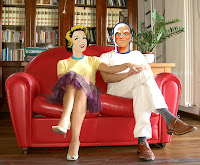 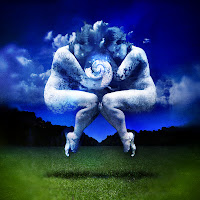 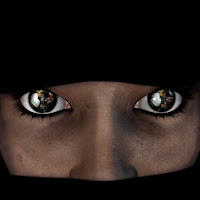 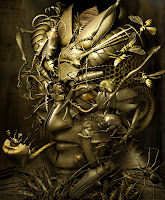